Thanks for the information.

Do you think you could add this to the documentation or put the reply on discourse (whose reanimation you just announced)?

Your e-mail has been automatically pushed to discourse and the thread is available here: https://cern-ipmc-forum.web.cern.ch/t/re-tr-set-sensor-thresholds/74

Since the new release, you can change thresholds and keep the new values after reboot. Even if using the ipmitool dedicated command does not update the threshold in the SDR and still for the run, you can use a specific command that updates the SDR:

The mask and thresholds order is the same as the one described into the set sensor threshold command: 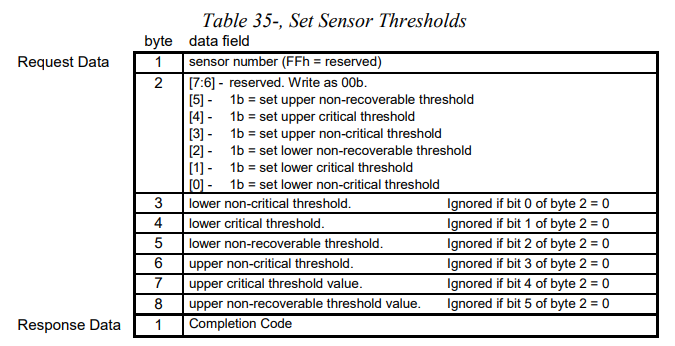 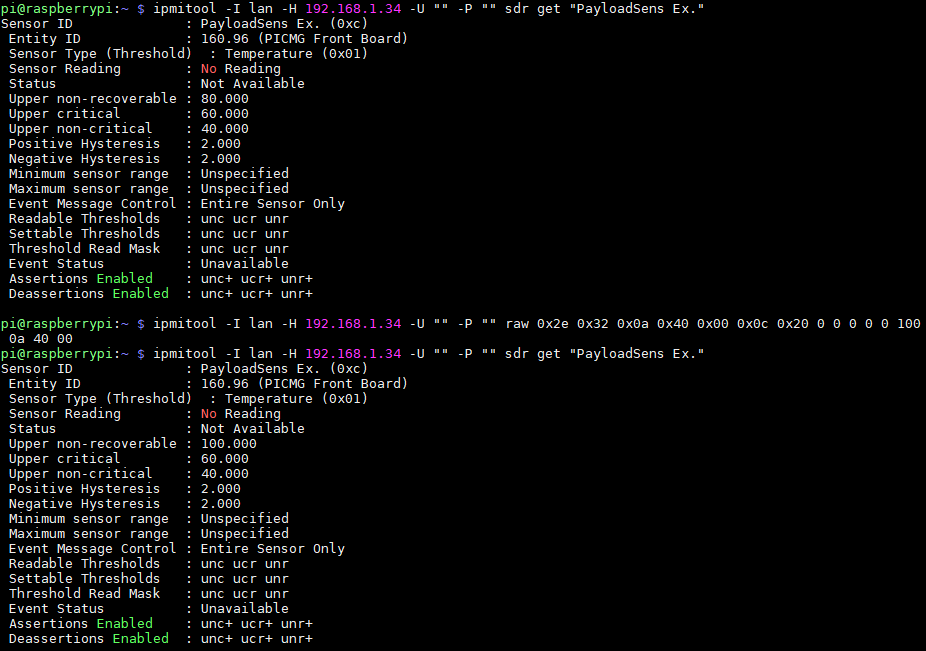